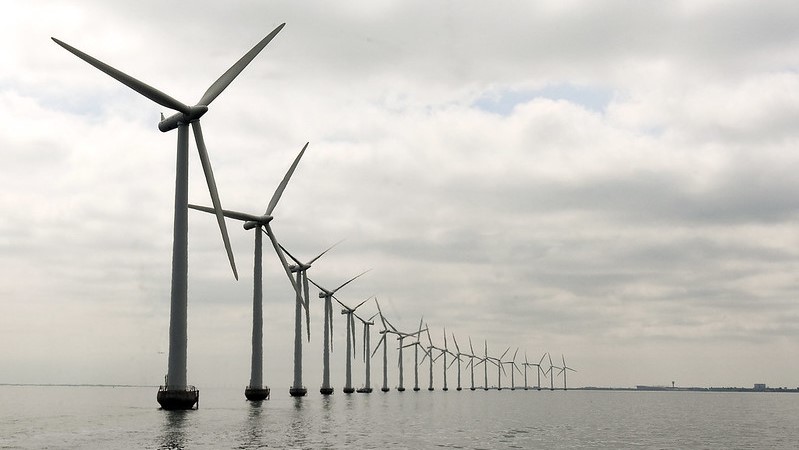 The Middelgruden offshore wind farm off the coast of Denmark was developed in 2000. Now the country wants to build two offshore wind energy islands to meet its climate target. (Photo: UN Photo/Eskinder Debebe/Flickr)

Denmark plans to build two “energy islands” totalling 4GW of offshore wind capacity, under plans to reduce emissions by 70% from 1990s levels by 2030 and become a green energy exporter.

On Wednesday, the Danish government published a six-pillar proposal to meet the legally binding target – one of the most ambitious in the world – six months after it was adopted by Parliament as part of a new climate law. Denmark has also committed to become carbon neutral by 2050.

The government said the proposal, which is subject to parliamentary approval, opened a new era in the expansion of offshore wind and the creation of energy islands.

The two islands planned by Denmark would each have a capacity of at least 2GW, more than doubling the country’s current offshore wind capacity.

by Tom Matthews and Colin Raymond
The explosive growth and success of human society over the past 10,000 years has been underpinned by a distinct range…

by Michael Grose and Julie Arblaster
Climate scientists use mathematical models to project the Earth’s future under a warming world, but a group of the…