The Washington Post last year reported that a tenth of the planet has already warmed by at least 3.6 degrees Fahrenheit since the mid-to-late 19th century, including my county in southern New York as well as all of New York City.

The decline in snow in the New York region in the past decade has not run in a straight line, and it’s possible this year will turn out to be a bizarre outlier. But if you look at the five-year period from 2010 to 2014 in Central Park and contrast it with the five-year period ending this winter, you’ll see that the average annual snowfall dropped to 26 inches from 40, or 35 percent. In addition, both this winter and last saw the smallest amounts of snowfall since 2011.

Perhaps more alarming is a fact unearthed by the Weather Channel in a Feb. 23 report on this strangely snowless winter: In Central Park since Dec. 1, there had been “more 60-plus degree days than below-freezing days.”

So the snow might not be coming back — at least not in its historic abundance — and the joys of my children’s very recent childhood (they are now 18 and 21) might continue to recede in memory.

Those joys were visceral. Yes, snow stings and turns gray and complicates commuting. But when it is new and fresh, there is nothing sweeter: walking through a light snow, the usual sounds magically muffled 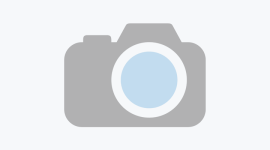 Birds are liberation that never ends. But enjoying their company is also to know an inconsolable sadness