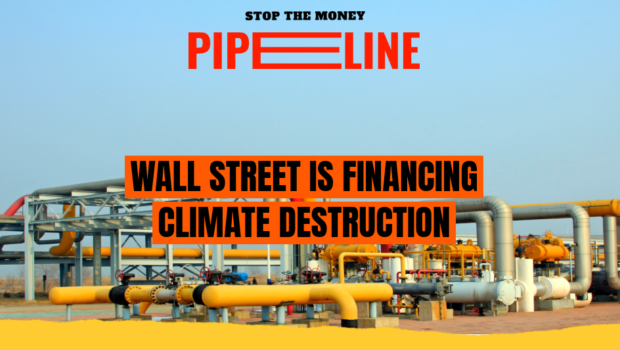 Bill McKibben is an indefatigable climate activist and an implacable foe of the fossil fuel industry. The founder of 350.org, he has been arrested more times than Mike Tyson. His latest encounter with so-called “law enforcement officers” occurred on January 10th when he and a small group of climate protesters blocked an ATM machine at a Chase Bank in New York City.

Why? Because since the Paris climate accords are negotiated in 2015, JP Morgan Chase has loaned more money to the fossil fuel industry than any other bank — $195 billion according to an opinion piece McKibben wrote for The New York Times. Wells Fargo ($151 billion), Citibank ($129 billion), and Bank of America ($106 billion) were not far behind. Combined, that group of 4 banks provided almost $600 billion to companies who are despoiling the Earth with their business activities.

In a perfect world, the executives who control those banks and fossil fuel companies would be in jail, charged with crimes against humanity, but in the less than perfect world we live in, McKibben says the best thing individuals can do is pressure the banks to turn off the money spigot that funds oil and gas companies.