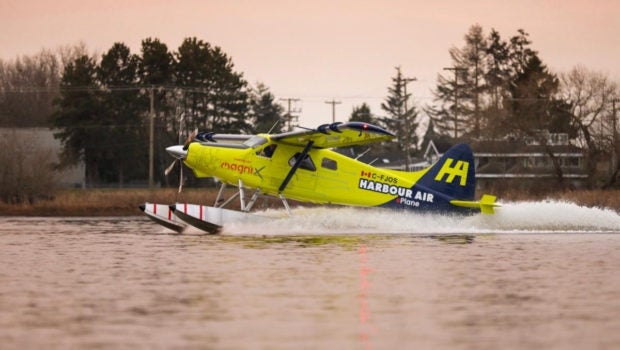 Unless you’ve been living under a rock, aviation is not only undergoing its third revolution, with electricity this time, but history was made on Tuesday, December 10, in Vancouver, Canada, when Harbour Air took off in a seaplane using electricity. The maiden electric seaplane flight is a sweet wink at commercial aviation history, which started with seaplanes.

Aviation history was made on December 10th when Harbour Air Seaplanes CEO Greg McDougall took to the sky with a converted electric de Havilland DHC-2 with the help of magniX. Additionally, the company previously announced it was switching its fleet to electricity. I got a hold of Greg and spent a few minutes asking him why, how, and when we can look forward to more good news.

We started with the practical questions, such as why he’s working on electrifying his seaplanes? He told me he was one of the first Tesla owners in Vancouver, Canada, and that he felt electricity needed to cross over to aircraft. I knew we would get along at that point, since I’ve been wondering about the same for years.

McDougall says his company, Harbour Air, has a unique situation that helps in this regard. His network is tight, condensed, and operates a fleet of single-engine aircraft. After initial research, the project seemed doable and practical.