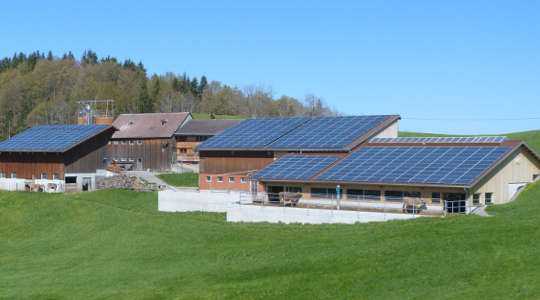 A new water-based battery could provide a cheap way to store wind or solar energy for later, researchers say.

The battery stores energy generated when the sun is shining and wind is blowing so it can be fed back into the electric grid and redistributed when demand is high.

The prototype manganese-hydrogen battery, reported in Nature Energy, stands just three inches tall and generates a mere 20 milliwatt hours of electricity, which is on par with the energy levels of LED flashlights that hang on a key ring.

Despite the prototype’s diminutive output, the researchers are confident they can scale up this table-top technology to an industrial-grade system that could charge and recharge up to 10,000 times, creating a grid-scale battery with a useful lifespan well in excess of a decade.

Yi Cui, a professor of materials science at Stanford University and senior author of the paper, says manganese-hydrogen battery technology could be one of the missing pieces in the nation’s energy puzzle—a way to store unpredictable wind or solar energy so as to lessen the need to burn reliable but carbon-emitting fossil fuels when the renewable sources aren’t available.

“What we’ve done is thrown a special salt into water, dropped in an electrode, and created a reversible chemical reaction that stores electrons in the form of hydrogen gas,” Cui says.

Wei Chen, a postdoctoral scholar in Cui’s lab, led the team that dreamed up the concept and built the prototype. In essence, the researchers coaxed a reversible electron-exchange between water and manganese sulfate, a cheap, abundant industrial salt used to make dry cell batteries, fertilizers, paper, and other products.

To mimic how a wind or solar source might feed power into the battery, the researchers attached a power source to the prototype. The electrons flowing in reacted with the manganese sulfate dissolved in the water to leave particles of manganese dioxide clinging to the electrodes. Excess electrons bubbled off as hydrogen gas, storing that energy for future use.

Engineers know how to re-create electricity from the energy stored in hydrogen gas so the important next step was to prove that they can recharge the water-based battery.

The researchers did this by re-attaching their power source to the depleted prototype, this time with the goal of inducing the manganese dioxide particles clinging to the electrode to combine with water, replenishing the manganese sulfate salt. Once this process restored the salt, incoming electrons became surplus, and excess power could bubble off as hydrogen gas, in a method that can be repeated again and again and again.

Cui estimates that, given the water-based battery’s expected lifespan, it would cost a penny to store enough electricity to power a 100-watt lightbulb for twelve hours.

“We believe this prototype technology will be able to meet Department of Energy goals for utility-scale electrical storage practicality,” Cui says.

The Department of Energy (DOE) has recommended batteries for grid-scale storage should store and then discharge at least 20 kilowatts of power over a period of an hour, be capable of at least 5,000 recharges, and have a useful lifespan of 10 years or more. To make it practical, such a battery system should cost $2,000 or less, or $100 per kilowatt hour.

Former DOE secretary and Nobel laureate Steven Chu, now a professor at Stanford, has a longstanding interest in encouraging technologies to help the nation transition to renewable energy.

“While the precise materials and design still need development, this prototype demonstrates the type of science and engineering that suggest new ways to achieve low-cost, long-lasting, utility-scale batteries,” says Chu, who was not a member of the research team.

According to DOE estimates, about 70 percent of US electricity is generated by coal or natural gas plants, which account for 40 percent of carbon dioxide emissions. Shifting to wind and solar generation is one way to reduce those emissions. But that creates new challenges involving the variability of the power supply. Most obviously, the sun only shines by day and, sometimes, the wind doesn’t blow.

But another less well-understood but important form of variability comes from surges of demand on the grid—that network of high-tension wires that distribute electricity over regions and ultimately to homes. On a hot day, when people come home from work and crank up the air conditioning, utilities must have load-balancing strategies to meet peak demand: some way to boost power generation within minutes to avoid brownouts or blackouts that might otherwise bring down the grid.

Today, utilities often accomplish this by firing up on-demand or “dispatchable” power plants that may lie idle much of the day but can come online within minutes—producing quick energy but boosting carbon emissions. Some utilities have developed short-term load balancing that does not rely on fossil-fuel burning plants.

The most common and cost-effective such strategy is pumped hydroelectric storage: using excess power to send water uphill, then letting it flow back down to generate energy during peak demand. However, hydroelectric storage only works in regions with adequate water and space. So to make wind and solar more useful, DOE has encouraged high-capacity batteries as an alternative.

Cui says there are several types of rechargeable battery technologies on the market, but it isn’t clear which approaches will meet DOE requirements and prove their practicality to the utilities, regulators, and other stakeholders who maintain the nation’s electrical grid.

For instance, Cui says rechargeable lithium ion batteries, which store the small amounts of energy needed to run phones and laptops, are based on rare materials and are therefore too pricey to store power for a neighborhood or city. Cui says grid-scale storage requires a low-cost, high-capacity, rechargeable battery. The manganese-hydrogen process seems promising.

“Other rechargeable battery technologies are easily more than five times of that cost over the life time,” Cui adds.

The prototype needs development work to prove itself. For one thing, it uses platinum as a catalyst to spur the crucial chemical reactions at the electrode that make the recharge process efficient, and the cost of that component would be prohibitive for large-scale deployment. But Chen says the team is already working on cheaper ways to coax the manganese sulfate and water to perform the reversible electron exchange.

“We have identified catalysts that could bring us below the $100-per-kilowatt-hour DOE target,” he says.

The researchers report doing 10,000 recharges of the prototypes, which is twice the DOE requirements, but say it will be necessary to test the manganese-hydrogen battery under actual electric grid storage conditions in order to truly assess its lifetime performance and cost.

Cui says he has sought to patent the process through the Stanford Office of Technology Licensing and plans to form a company to commercialize the system.

Yi Cui, a professor of materials science at Stanford University, is the senior author of the paper. Additional coauthors are from the Chinese Academy of Sciences and Stanford. The Department of Energy funded the research. 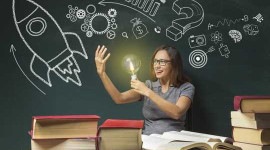 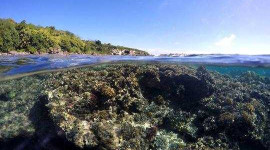 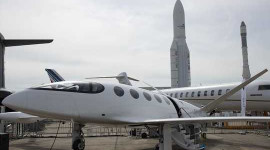 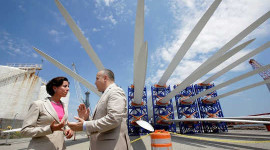 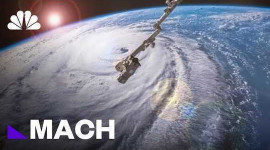 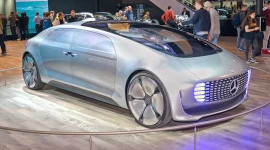 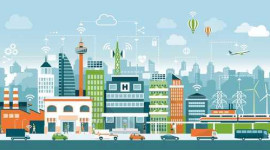 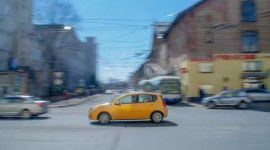 by Roger Tyers
Academics travel a lot. Whether for fieldwork or conferences, we’re often encouraged to do it. Often internationally,…

by Charlie Outhwaite
In 2019, there were 44 million fewer breeding birds in the UK than there were in the 1970s. There are thought to be…