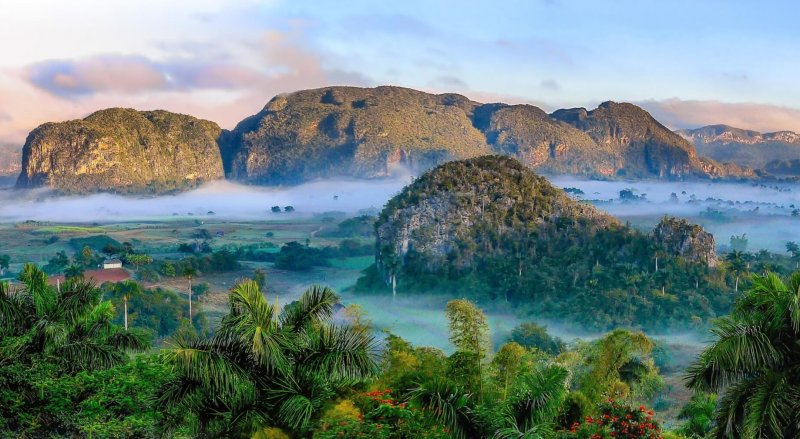 Cuba: Leaving forests alone is a good way to conserve them. Image: By Simon Matzinger on Unsplash

Natural forests are a global good. Well conserved, they help combat climate change. But as new research confirms, it’s not that simple.

Two new studies have freshly confirmed an argument unchallenged for more than three decades: the best way to absorb and permanently store carbon from the atmosphere is to restore and conserve existing natural forests.

This proposition – successively urged on governments around the world since the first studies of strategy to confront global warming and potentially catastrophic climate change – has more chance of sustained success than any attempts to offset carbon emissions by indiscriminate plantations of new canopy, or even systematic investment in public initiatives such as the Trillion Tree Campaign.

And the argument gets even more support from a closer look at disturbances to natural woodland: these demonstrate that even simple clearings in forests will create unfavourable local microclimates and disturb the species that flourish in stable forests.

Karen Holl is a restoration ecologist at the University of California at Santa Cruz. She and a colleague from São Paulo in Brazil argue in the journal Science that while planting trees can help protect biodiversity, assist in natural water management and increase local shade, the same act can actually also damage local native ecosystems, reduce water supply, dispossess local landholders and increase social inequity.

“We can’t plant our way out of climate change. It is only one piece of the puzzle. Planting trees is not a simple solution”

The point she makes is that the wrong kind of tree on the wrong sort of land helps nobody. Nor does a tree that, once planted, is neglected and left to die, or to change the nature of the land it occupies – not even if there are a trillion of them.

“We can’t plant our way out of climate change. It is only one piece of the puzzle,” she said. “Planting trees is not a simple solution. It’s complicated, and we need to be realistic about what we can and cannot achieve.”

Her argument is that planting trees is not the same as increasing forest cover, and in any case will add up to only a fraction of the carbon reductions needed by 2100 to keep global temperatures from rising to 2°C above the long-term average for most of human history.

And given that increasing drought and temperatures can lead to widespread tree death, some of the effort could be hopelessly wasted.

“The first thing we can do is keep existing forests standing, and the second is to allow trees to regenerate in areas that were formerly forests,” she said.

“In many cases, trees will recover on their own – just look at the entire eastern United States that was deforested 200 years ago. Much of that has come back without actively planting trees.

“Yes, in some highly degraded lands we will need to plant trees, but that should be the last option since it is the most expensive and often is not successful. I’ve spent my life on this. We need to be thoughtful about how we bring the forest back.”

Just how thoughtful is illuminated by another study, also in Science. European scientists looked at temperatures in 100 forest interiors and matched this with 80 years of data from 2,955 locations in 56 regions to discover that the routine open space temperature measurements collected by climate scientists do not reflect conditions under a mature forest canopy.

The denser the leaf cover, the more effectively the forest buffers the wild things that live there from climate change. But as the cover becomes sparser, conditions change and the thermometer goes up by several degrees.

The implication – supported by other recent research – is that any kind of clearing in some way weakens the integrity of a forest, both as a refuge for otherwise threatened biodiversity, and as a potential store of atmospheric carbon.

Global warming is already increasing what researchers have labelled “thermophilisation” – that is, a tendency for warm climate species to flourish at the expense of those already at the limit of their preferred temperature.

The implication is that some species will not be able to adapt swiftly enough to ever more intense extremes of heat and drought, and the nature of forest cover is likely to change. – Climate News Network 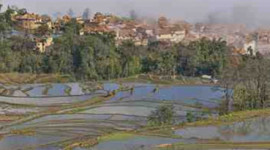 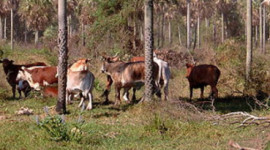 Eat A Plant, Spare A Tree, Save The World 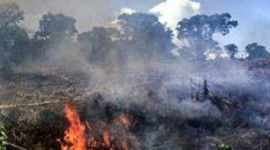 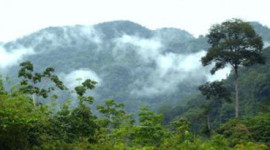 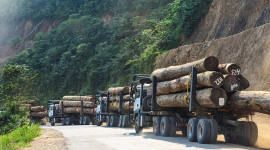 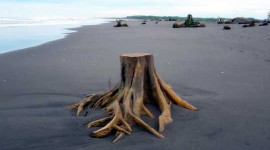 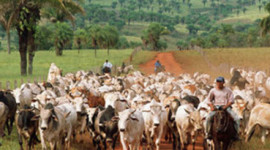 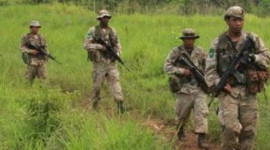