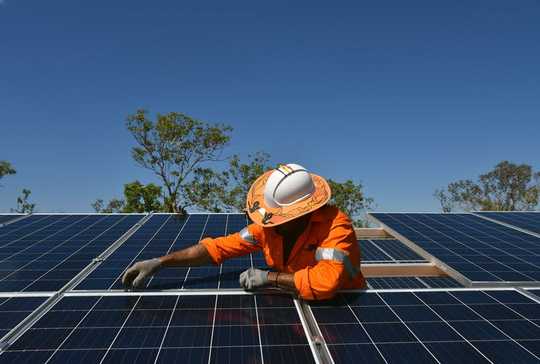 Renewable energy being installed at a community in the Northern Territory. Researchers have predicted Australia’s emissions are set to fall, but warn the renewables deployment rate must continue. Lucy Hughes-Jones/AAP

For the past few years, Australia’s greenhouse gas emissions have headed in the wrong direction. The upward trajectory has come amid overwhelming evidence that the world must bring carbon dioxide emissions down. But the trend is set to change.

In a policy brief released today, we predict that Australia’s greenhouse gas emissions will peak during 2019-20 at the equivalent of about 540 million tonnes of carbon dioxide.

After a brief plateau, we expect they will decline by 3-4% over 2020-22, and perhaps much more in the following years - if backed by government policy.

The peak will occur because Australia’s world-leading deployment of solar and wind energy is displacing fossil fuel combustion. Emissions from the electricity sector are about to fall much faster than increases in emissions from all other sectors combined.

This is a message of hope for rapid reduction of emissions at low cost. But we cannot rest on our laurels. If renewable energy deployment stops or slows, emissions may rise again.

Deployment of solar and wind energy is the cheapest and quickest way to make deep emissions cuts because of its low and falling cost. Higher deployment rates would yield deeper emissions cuts, but this requires supportive government policy.

Wind and solar constitute about two-thirds of global net new electricity capacity. Gas, hydro and coal comprise most of the balance. Solar and wind comprise virtually all new generation capacity in Australia because they are cheaper than alternatives.

Australia is a global renewable energy superstar because it is installing new solar and wind capacity four to fives times faster per capita than China, the European Union, Japan or the United States. This allows Australia to stabilise and then reduce its greenhouse emissions and sends a globally important message.

Figure 2 shows the rapid increase in the proportion of solar and wind energy from 2018 in the National Electricity Market, which covers the eastern states and comprises about 85% of national electricity generation. The proportion of renewable energy generation has reached 25%, including hydro.

Figure 2: Monthly solar and wind fraction of electricity generation in the NEM over 2014-19 showing sharp increase in 2018. ANU

We are confident Australia’s emissions will fall in 2020, 2021 and probably 2022 because 16-17 gigawatts of wind and solar is locked in for deployment in 2018-20. This reduces emissions in the electricity sector by about 10 million tonnes a year.

The federal government projects that emissions outside the electricity system will increase by about 3 million tonnes per year on average over the 2020s. The difference leaves an overall decline of 7 million tonnes of emissions per year.

100% clean electricity is within our grasp

Beyond our projections for the next few years, continued falls in emissions are not assured. The emissions trajectory for 2022 and beyond depends largely on the level of renewables deployed.

Federal government projections assume solar and wind deployment almost stops in the 2020s. This would mean annual emissions increase from current levels to 563 million tonnes in 2030. 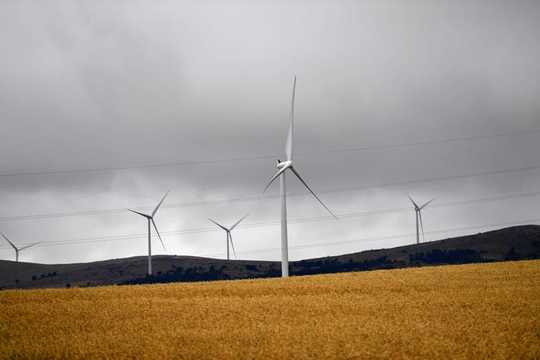 Wind turbines adjacent to the Tesla batteries at Jamestown, north of Adelaide, in 2017. DAVID MARIUZ/AAP

But it doesn’t need to be this way. If the current renewables deployment rate continued, Australia would reach 50% renewable electricity in 2024, and potentially 80% renewables in 2030. This transformation would be technically straightforward and affordable. It requires governments, mostly the federal government, to encourage more transmission power lines to deliver renewable electricity to where it’s needed. Other off-the-shelf methods to support renewables include energy storage such as pumped hydro and batteries, and managing electricity demand.

The benefits of a consistent renewables rollout would be large. Australia’s electricity emissions in 2030 would be 100 million tonnes lower than government projections and the nation would meet its Paris target of a 26-28% emissions reduction between 2005 and 2030. This could be achieved without the controversial proposal to carry over carbon credits earned in the Kyoto Protocol period.

It should be noted that changes in land clearing rates or coal and gas mining or economic activity would also affect future national emissions. 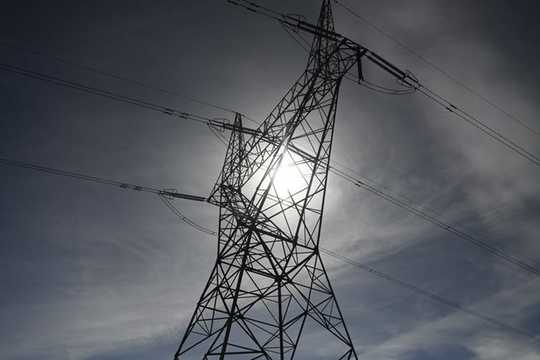 Electricity infrastructure at the Snowy Hydro scheme. Such hydro projects are key to firming up intermittent renewable energy. Lukas Coch/AAP

The emissions road ahead

State governments should also continue efforts to establish renewable energy zones, with or without cooperation from the federal government. These zones would be located where there is good wind, sun and pumped hydro energy storage, bringing sustainable investment and jobs to regional areas.

In the longer term, solar and wind can cut national emissions by two-thirds. Beyond the electricity sector, this involves electrifying motor vehicles, residential heating and cooling and industrial heating. National emissions could be cut by another 10% by stopping exports of fossil fuels, which creates fugitive emissions.

It is clear that solar and wind are the most practical route, globally and in Australia, to cheap, rapid and deep emissions cuts - and government policy will be key. 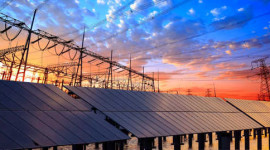 How The U.s. Power Grid Is Evolving To Handle Solar And Wind 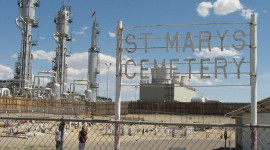 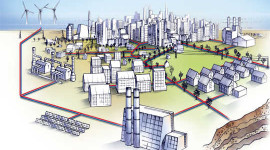 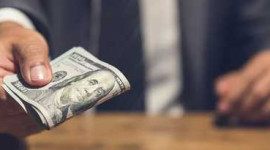 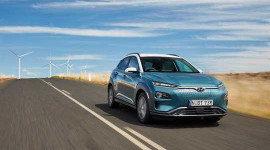 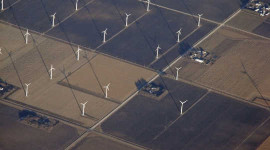 How Red States Are Mitigating Climate Without Calling It Climate Change 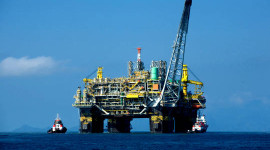 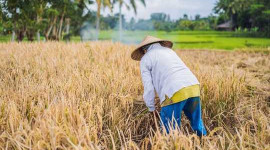