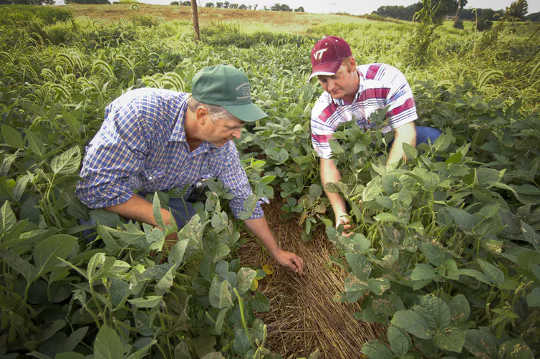 Farmers in Virginia check the outcome of their no-till farming practices. (USDA), CC BY

Under the 2015 Paris Agreement, nations pledged to keep the average global temperature rise to below 2C above pre-industrial levels and to take efforts to narrow that increase to 1.5C. To meet those goals we must not only stop the increase in our greenhouse gas emissions, we must also draw large amounts of carbon dioxide (CO2) from the atmosphere.

The simplest, most cost effective and environmentally beneficial way to do this is right under our feet. We can farm carbon by storing it in our agricultural soils.

Soils are traditionally rich in carbon. They can contain as much as five per cent carbon by weight, in the form of soil organic matter — plant and animal matter in various stages of decomposition.

But with the introduction of modern agricultural techniques, including the plow, soil organic matter content has dropped by half in many areas of the world, including parts of Canada. That carbon, once stored in the ground, is now found in the atmosphere and oceans as CO2 and is contributing to global warming.

The organic compounds found in soil are the glue that hold soil particles together and help give the soil structure. Like the walls of a building, this structure creates openings and passageways that allow the soil to conduct and store water, contain air, resist soil erosion and provide a habitat for soil organisms.

How can we make soil organic matter?

First and foremost, we need to disturb soil less. The advent of no-till and reduced tillage methods have allowed us to increase the carbon content of soils.

No-till and direct-seeding methods place the seed directly into the soil, minimizing the disturbance associated with seedbed preparation. The lack of disturbance allows the roots and crop residues from the previous crops to form soil organic matter. It reduces the degradation of the soil organic matter already present in the soil.

In Canada, we are already benefiting from reduced tillage. In the Prairies, no-tillage agriculture has increased from less than five per cent of the land area in the early 1990s to almost 50 per cent in 2006.

Using the right amount of fertilizer is also important. Fertilizers can improve plant growth, lead to larger roots and add more plant matter to the soil in the unharvested portion of the crop. However, too much nitrogen fertilizer can result in the production of the powerful greenhouse gas nitrous oxide and offset the benefit of increased soil organic matter formation.

This would reduce the CO2 in the atmosphere below the current 400 parts per million — a level unpassed for several million years — while developing more fertile, resilient soils to feed people for years to come and keep forests intact.

These approaches seem like obvious solutions. Why are they not more widely adopted? The short answer is economics.

The benefits of drawing down CO2 and building soil organic matter play out over decades. But the costs associated with these practices often do not have increased returns in the short-term.

Farmers often make decisions in response to short-term economic pressures and government policies. Improved soil management is a public good. We need economic tools and short-term incentives that encourage producers to adopt these practices for the good of all.

The 100% Solution: A Plan for Solving Climate Change


Steal the Wind Reap the Whirlwind: A Challenge to Find a New Path to Solving the Global Warming Problem 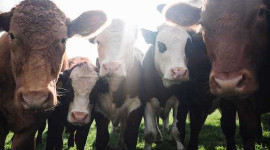 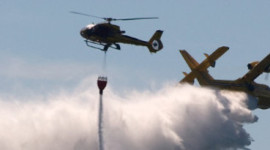 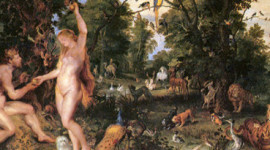 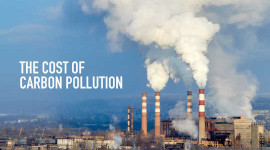 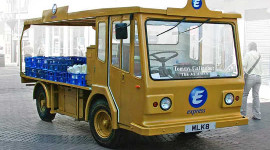 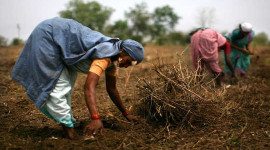 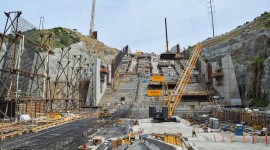 Can Cities Get Smarter About Extreme Weather?