Science Can Double The Solar Dividend 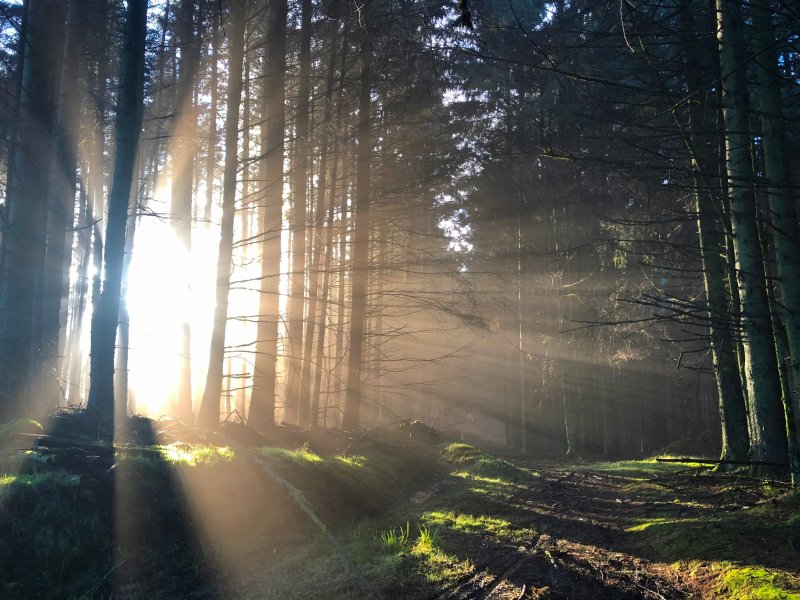 Researchers have found three new ways to double the solar dividend, making the sun work harder and deliver more to the renewable economy.

A new, translucent material made of little more than silica and air can double the solar dividend, collecting solar heat and raising temperatures to 200°C, delivering new ways to heat homes or power industrial processes.

And other researchers in the same US city believe they may be on track to deliver much more electricity from solar cells. They have found a way to make a single photon of light dislodge not one electron but two.

A third team in Saudi Arabia has now shown that their solar arrays can not only generate electric power: they can also turn sea water into fresh drinking water at the same time.

All three technologies are at the laboratory stage. All three are a long way from commercial exploitation on any scale. But all three are also demonstrations of the extraordinary ingenuity and imagination at work in the world’s laboratories as scientists look for new ways to tackle the energy challenge of a zero carbon world, and deliver more power without raising planetary temperatures to hazardous levels.

Researchers have been working on ways to turn carbon dioxide back into fuel, to warm and light homes with transparent wood, to generate power from footsteps and to harvest electrical energy from evaporation.

All three of the latest twists exploit sunlight in different ways, and use new materials to step up levels of efficiency.

Researchers at the Massachusetts Institute of Technology report in the American Chemical Society journal ACS Nano that they have developed an insulating material that is 95% translucent.

An aerogel is a foam made with silica and held together not with water but with air. These remarkable fabrics have been around for decades – the US space agency Nasa has been experimenting with them – and although these improbable structures have incomparable insulating properties, they have until now had limited transparency.

The researchers have developed a version so lightweight and so clear that it is all but invisible. Light gets through and generates heat – but the heat cannot escape, and builds up in a passive solar collector system made of dark, light-absorbing material. A test device on the roof of the MIT buildings during a freezing Massachusetts winter managed to raise temperatures of 220°C.

Other scientists at the same institution report in the journal Nature that their new fully operational solar cell seems to break one of the rules of physics: until now, any conventional silicon-based solar cell has been limited by simple arithmetic. It takes one photon of light to dislodge one electron and set up a current.

Because of this, the maximum theoretical efficiency of a solar cell is 29.1%. But a specialist team at MIT have been experimenting with a new class of materials called excitons, fabrics that exist in an excited state, and permit packets of energy to propagate, combine or divide.

And in the latest experiments, the exitonic material coating, only 10 billionths of a metre in thickness, of a silicon cell absorbs a photon of light, to form an exciton which then divides into two more.

The research breakthrough sounds simple, but has kept the MIT scientists busy for years before they found a way to transfer the extra energy into the silicon solar cell, and set two electrons in movement from one packet of sunlight.

So, in theory, the new turbocharged surface could take the maximum efficiency of a solar cell to beyond 35%. In practice, commercial application could be years away.

But a team from King Abdullah University of Science and Technology in Saudi Arabia has coupled photovoltaic cells with advanced membrane technology to solve two problems at once.

Power generation is a water-greedy process: in Europe and the US half of all water use is in the service of energy production. Desalination – the act of distilling fresh water from brine – is a power-hungry operation. In Arab nations, more than 15% of total national electricity is consumed by the fresh water industry.

The Saudi-based team report in Nature Communications that they have managed to combine two solar-driven technologies in one operation.

They designed a three-stage membrane distillation unit mounted on the back of a photovoltaic panel so that the heat normally dissipated by the panel is used to evaporate water. The device has all the efficiency of a commercial solar cell, but makes clean water at a higher rate than most existing devices. The trick is to exploit the heat normally wasted in photovoltaic power generation to drive an energy-demanding way of boosting fresh water supply.

By 2025, the researchers say, the world will be generating 969 Gigawatts from photovoltaic cells spread across 4 billion square metres of land. They assume there will be 200 days each year with suitable levels of sunlight. They make what they call a conservative assumption that their new arrays could deliver fresh water from brackish, waste or sea water at the rate of 5 kilograms per square metre per day.

In places where water supplies are not a problem, the surplus water could be used to wash dust from the solar arrays, or irrigate crops. Were all of these solar arrays fitted with the new membrane backing, they could also produce 4 billion cubic metres of fresh water a day. That is 10% of the total drinking water swallowed in 2017.

This strategy, say the scientists, has the potential “to transform an electricity-generating plant from otherwise a water consumer to a fresh water producer.” − Climate News Network 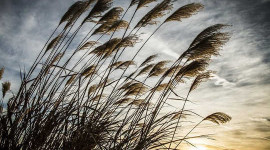 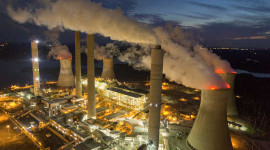 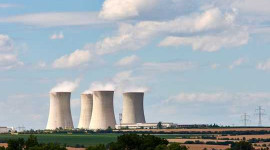 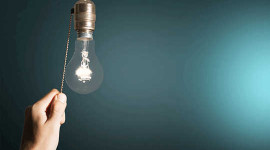 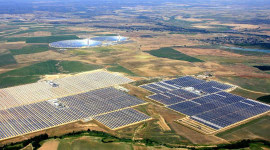 With Cheap Solar And Wind Power, Is It Time To Rethink Energy Efficiency? 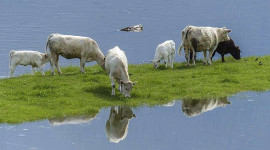 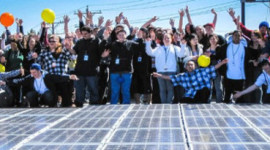 Move Over Big Power, The Micropower Revolution Is Here 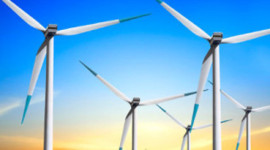 Staggered Turbines Make Most Of The Wind