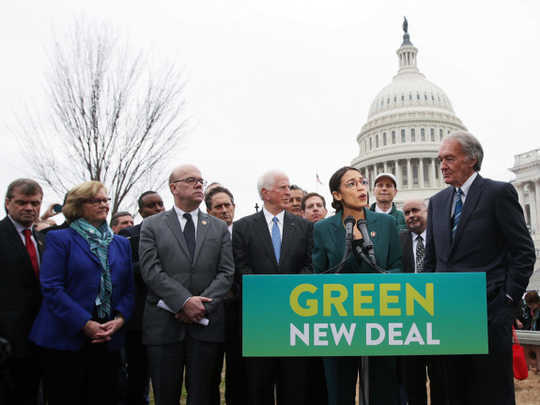 This proposal is a non-binding resolution, not an actual bill, and many of the proposed measures are long shots as long as the Republican Party holds a majority in the Senate and the Trump administration remains committed to its fossil fuel-supporting energy dominance policies.

Having studied the electric power sector and energy policy for more than 20 years, I think that some of the changes in the Green New Deal could actually happen within a decade – as long as all three branches of the federal government were on board.

But even if the most progressive Democrats were calling all the shots, the idea that the U.S. could accomplish this ambitious overarching goal within a decade strikes me as a stretch. California, which is committed to making all of its electricity carbon-free, aims to get that done by 2045, rather than 2030.

Even if completely revamping the nation’s power grid within a decade proved feasible, the Green New Deal also targets emissions from sectors such as transportation and agriculture. And reducing their carbon footprints has proven much harder around the world.

Change can be fast

Politically, the Green New Deal certainly seems like a non-starter even if the environmental and economic benefits would likely outweigh many of the costs. But are the ideas in the Green New Deal – especially those that would require radical changes, such as reinventing how the U.S. generates and consumes energy within a decade – truly outlandish? 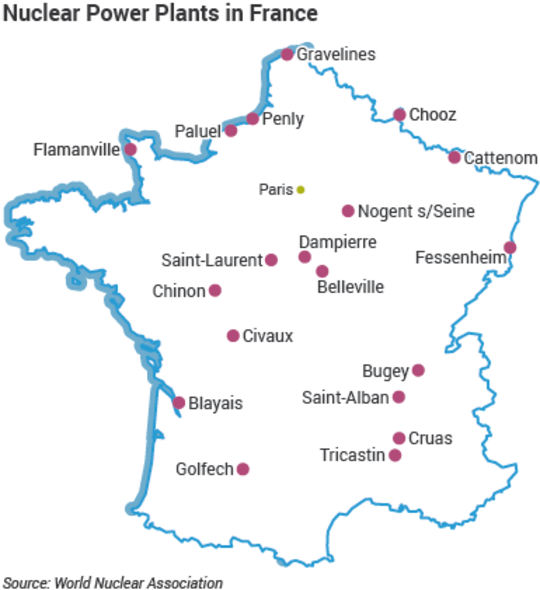 While no nation has ever achieved anything quite as dramatic in so short a time, countries can rapidly change how they get their energy, without destroying their economies or compromising energy security. There are several good examples, especially in Europe.

Perhaps France’s swift adoption of nuclear power is the best one. Nuclear reactors generated only 10 percent of France’s electricity in the mid-1970s, a share that rose to 70 percent within 10 years and has remained at about that level ever since.

More recently, countries such as Denmark, Germany, Ireland and Portugal have made strides toward shrinking their carbon footprints within a decade by ramping up the power they get from renewable energy, primarily onshore wind energy.

Denmark now gets 42 percent of its electricity from wind, while Portugal and Ireland both derive around 20 percent of their power from that renewable energy source.

Likewise, Brazil managed to boost the share of ethanol produced from sugarcane in the fuel it used to run cars and trucks from virtually nothing to about 50 percent within a decade following the adoption of targeted policies in 1975.

Change can also be slow

A common thread running through many of these success stories is a limited number of players. France’s nuclear embrace largely involved its big state-run utility company, Électricité de France. Having a single big state-run oil and gas company, Petróleo Brasileiro, or Petrobras, made it easier for Brazil’s government to bring about such a quick shift with ethanol.

When there are multitudes of companies and decision-makers, as is the case in the United States, these transitions tend to be harder and take longer.

Two proposals in the Green New Deal, to make buildings highly energy-efficient and to electrify transportation, would require action on the part of hundreds of millions of people. These are also areas where change has generally come much more slowly.

The potential for energy efficiency is vast, but getting people to upgrade appliances or buildings to increase energy efficiency has been particularly difficult. What’s more, some researchers have found a persistent gap between whether an energy efficiency investment is worthwhile and the willingness of consumers and businesses to spend their money on them.

This is probably due to a number of different factors. Researching and replacing your old appliances and equipment takes time and effort. There are usually high upfront costs when you own your own washing machines and hot-water heaters.

And for renters, problems arise when it’s up to landlords to buy new equipment so their tenants can save money on their electric bills.

Some states have ramped up energy efficiency through outreach efforts and incentives. But there is still a long way to go, and revising building codes to raise these standards is politically very challenging.

Replacing vehicles that run on gasoline, diesel and other fuels with electric models is also harder than it may sound. Despite years of federal subsidies for electric vehicles, U.S. EV sales remain sluggish. Only around 360,000, or 7 percent, of the 5.5 million passenger vehicles sold in the U.S. in 2018 were electric models.

And because cars generally last longer than a decade, replacing all of the nation’s cars, trucks and SUVs will take a long time. Power plants also last a long time, but since many of the most polluting power plants in the U.S. are several decades old, many of them could be retired soon.

Even in Norway, where nearly half of the new vehicles sold are electric, EVS account for only 10 percent of the vehicles on the road today.

One common thread in every country that has been able to make rapid and major changes in their energy supply has been the role of government initiatives.

To be sure, market forces can contribute to clean energy. The wind and solar power industries are growing rapidly, and natural gas has overtaken coal as the main fuel for power generation in the U.S.

Big changes in the U.S. energy mix are nothing new. The U.S. transformed from a wood-based energy economy to mostly coal within a few decades at the end of the 19th century. And as Americans rapidly increased how much energy they were using in the the mid-20th century, their reliance on oil, natural gas and nuclear power grew. Since 2000, wind and solar power have become more significant contributors to a diverse mix of energy sources.

But, from what I can tell, market forces alone are setting a much slower path toward a lower-carbon economy than the Green New Deal’s supporters would like to see. A two-decade transition, in my opinion, is more likely to succeed as long as the nation’s politicians were to unite around making it a top priority.