The youth protests urging political action on climate change have won strong global backing from climatologists, as over 6,000 scientists express their support.

The global youth protests demanding action on climate change are having a marked effect.

In their thousands, concerned climate scientists, backed by colleagues from other disciplines, are voicing support for the school students and other young people who are staying away from lessons to urge more resolute political action to protect the climate.

The campaign to support the protesters has been launched by an international group of 22 scientists spanning a range of disciplines; several of them are renowned climate specialists.

Climate News Network asked Stefan Rahmstorf, professor of physics of the oceans at the University of Potsdam, Germany, what he would tell a hesitant potential protester in order to allay his doubts.

He replied: “Politicians are already starting to move in response to the school strikes around the world. Fridays for Future is perhaps our last chance to get meaningful climate policies that can still achieve the goals of the Paris Agreement. Time is running out fast.”

By mid-April the scientists who had signed the declaration numbered almost 6,300. The 22 original signatories  explained why they backed the protests in a letter to the journal Science headed Concerns of young protesters are justified.

Known as Scientists for Future International, they are linked to the website which co-ordinates the protests worldwide, Fridays for Future (the protests are held on Fridays).

The letter starts with a ringing declaration: “The world’s youth have begun to persistently demonstrate for the protection of the climate and other foundations of human well-being … Their concerns are justified and supported by the best available science. The current measures for protecting the climate and biosphere are deeply inadequate.”

It includes a clear call to move from protest to action to tackle the multiple environmental threats now confronting the next generation: limiting global warming, halting the mass extinction of other species and safeguarding food supplies.

“This is what the young people want to achieve. They deserve our respect and full support.”

In March the estimated worldwide number of protesters was around 1.5 million.

“Politicians are already starting to move in response to the school strikes around the world. Fridays for Future is perhaps our last chance to get meaningful climate policies”

In support of its declaration of backing for the protesters, Scientists for Future International says almost every country has signed and ratified the Paris Agreement of 2015, agreeing to keep global warming well below 2°C above pre-industrial levels, and aiming to limit the temperature increase to 1.5°C.

“The scientific community has clearly concluded that a global warming of 2°C instead of 1.5°C would substantially increase climate-related impacts and the risk of some becoming irreversible.

“It is critical to immediately begin a rapid reduction in CO2 and other greenhouse gas emissions. The degree of climate crisis that humanity will experience in the future will be determined by our cumulative emissions; rapid reduction now will limit the damage.

“For example, the Intergovernmental Panel on Climate Change (IPCC) has recently assessed that halving CO2 emissions by 2030 (relative to 2010 levels) and globally achieving net-zero CO2 emissions by 2050 (as well as strong reductions in other greenhouse gases) would allow a 50% chance of staying below 1.5°C of warming.”

It says many solutions to the climate crisis already exist, and only bold action can avert the critical danger that threatens the protesters’ future. It adds: “There is no time to wait until they are in power.”

The statement ends: “The enormous grassroots mobilisation of the youth climate movement … shows that young people understand the situation. We approve and support their demand for rapid and forceful action. We see it as our social, ethical, and scholarly responsibility to state [this] in no uncertain terms.

“Only if humanity acts quickly and resolutely can we limit global warming, halt the ongoing mass extinction of animal and plant species, and preserve the natural basis for the food supply and well-being of present and future generations.

“This is what the young people want to achieve. They deserve our respect and full support.” –  Climate News Network 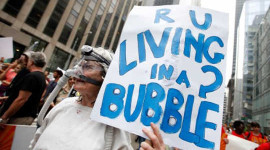 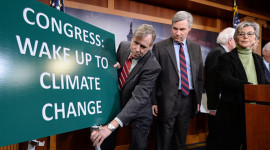 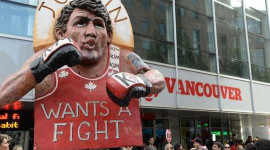 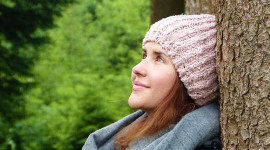 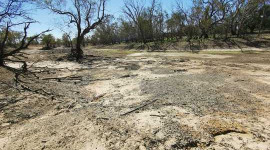 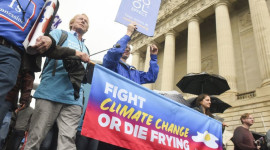 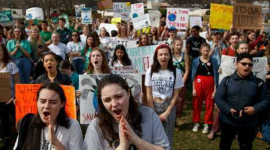