This is the year of obscure atmospheric phenomenon. The polar vortex chilled everyone’s winter. Methane releases might be carving mysterious craters in the Arctic ice. And blocking patterns got the blame for Colorado’s so-called thousand-year flood. So if you want to impress friends and relatives with your meteorological knowledge, you’re going to have to dig deep. Consider wowing them with a chat about Rossby waves.

In a paper published this week in Proceedings of the National Academy of Sciences, Dim Coumou of Germany’s Potsdam Institute for Climate Impact Research suggests that stalled atmospheric currents related to Rossby waves could have been behind recent droughts and flooding. Jennifer Francis of Rutgers University’s Institute of Marine and Coastal Sciences has proposed a similar connection between the waves and an increase in extreme weather events (although she points to a slightly different mechanism). So what are these waves?

The mathematics behind Swedish-American meteorologist Carl-Gustaf Rossby’s theory are complicated, but the concept is not. You have to begin with the idea of generating and restoring forces, which apply to all wave-like movements.

“Think of a spring,” Francis explains. You apply a generating force to pull the spring out of its stable position, and the spring’s elasticity—the restoring force—pulls it back. However, the elasticity pulls the spring beyond its stable point in the other direction. As a result, your spring bounces up and down.

With that idea in mind, imagine a particle of air swooshing along in the jet stream, which crosses North America roughly west to east.

If this particle of air encounters an obstacle, it can be deflected from its eastbound path. A mountain range, for example, could push the particle southward. At that point, in the absence of an additional intervening force, the particle would simply continue traveling southbound. There is, however, a restoring force present. Meet the Coriolis effect.

As the Earth spins on its north-south axis, all of the particles on or near the planet’s surface spin along with it. They do not, however, spin at the same speed—particles on the Equator spin slower than objects near the North or South Poles.

As a result, when our air particle is pushed southward, its spin speed doesn’t match the spin of the Earth at that latitude—the particle is spinning too quickly. This mismatch pushes the particle to the north, toward the position where its spin would match that of the Earth. That’s the restoring force at work.

Just like with the spring, though, the restoring force overcorrects the particle’s position, pushing it north of its original latitude. Now it is spinning too slowly for its latitude, and this forces the particle south again. As a result, the particle bounces up and down as it continues its overall easterly movement. This north-south deflection affects not just a single particle, but every particle of air in the jet stream, which is why the jet stream often looks wavy. This meandering path is the essence of Rossby wave theory.

Prolonged periods of unchanging summer weather—whether it’s oppressive heat, unending drought, or near-biblical rainstorms—represent a cocktail party opportunity to showcase your Rossby wave literacy. Explain to your no-doubt-rapt audience that a wavy jet stream can hold weather systems in place for weeks, and that global warming could intensify this effect (though that’s an active area of debate among scientists—the role of Rossby waves, that is, not global warming itself).

Here’s how it works. The strength of the jet stream depends on the temperature difference between the Arctic and the mid-latitudes. That differential, however, is lessening, because climate change is warming the Arctic twice as fast as the rest of the planet. Climatologists call this effect “Arctic amplification,” and it may be weakening the jet stream. 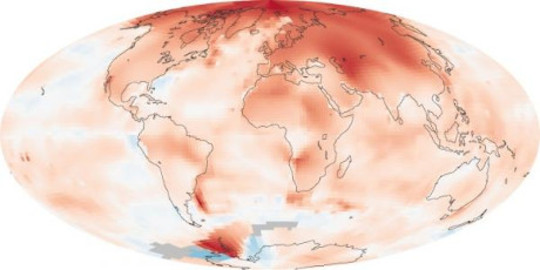 A weak jet stream is a wavy, meandering jet stream. Think of rivers. When they are young and fast moving, they plow straight for the sea. As they age and slow down, their path begins to meander. 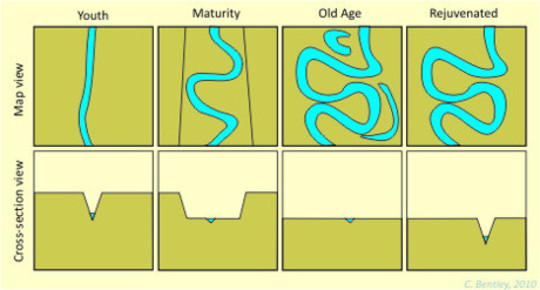 A slow, meandering jet stream could lead to more extreme weather events, Rutgers’ Jennifer Francis and her colleagues posit. That’s because when the jet stream stalls, current weather patterns do, too. Rather than a few dry days, for example, the western United States could experience weeks or months of drought (like it is now). Rather than a few days of rain in the East, significant flooding could occur. And as Francis explains in this video, it could all be tied back to Rossby waves.

This article originally appeared in OnEarth

Brian Palmer covers daily environmental news for OnEarth. His science writing has appeared in Slate, the Washington Post, the New York Times, and many other publications. 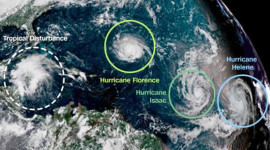 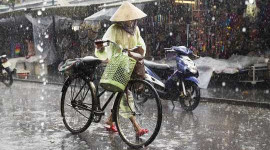 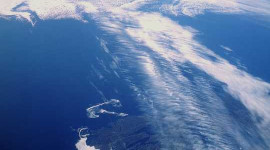 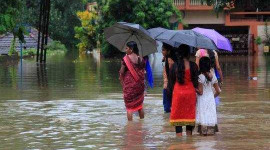 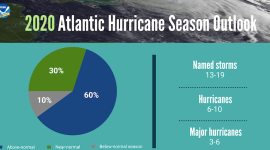 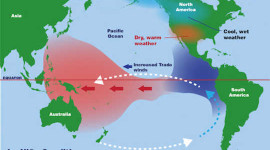 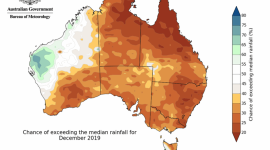