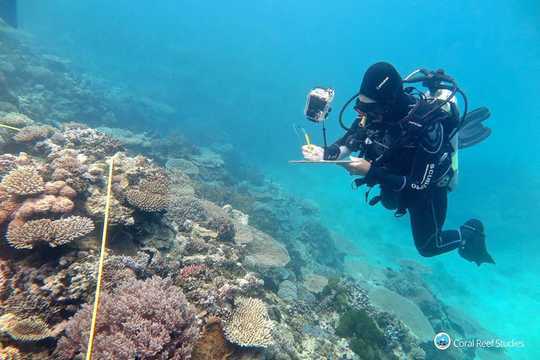 As I write this, much of inland eastern Australia is enduring what is likely to be the worst drought ever recorded. Bushfires are devastating parts of New South Wales and southern Queensland, tearing through rainforest that should not be dry enough to burn. Major towns will probably soon run out of water. The condition of the vital Murray-Darling river system is dire.

Some federal government MPs have responded by questioning whether these events are linked to anthropogenic, or man-made, climate change. Others deny the science outright. Now we have a politically motivated Senate inquiry into water quality on the Great Barrier Reef.

This situation brings me to despair. For the past 45 years I have researched and managed coral reef water quality in Australia and overseas. Now 72, I see that much of my work, and that of my colleagues, has not led to a bright future for coral reefs. In decades to come they will probably still contain some corals, but ecologically speaking they will not be growing, or even functioning. 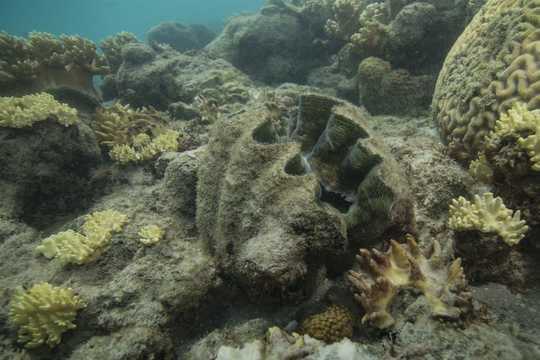 Official assessments appear to confirm the reef’s inexorable demise. A five-yearly outlook report from the Great Barrier Reef Marine Park Authority this month declared the outlook was “very poor” - a decline from “poor” in 2014. A joint federal-Queensland government report released on the same day found “minimal progress” in addressing water quality - the second most serious threat to the reef.

The United Nations Intergovernmental Panel on Climate Change warned in October last year that a global temperature rise of 2℃ above pre-industrial levels will decimate coral growth. It said we must stay below 1.5℃ of warming for coral reefs to have a reasonable chance for a future. 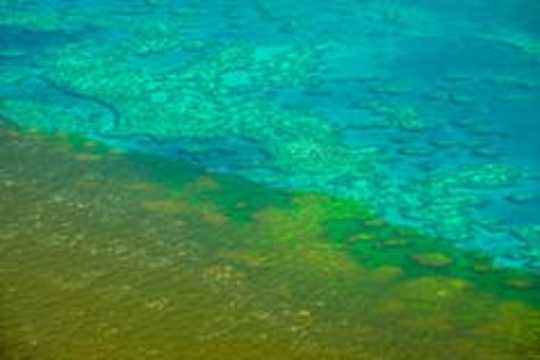 About 1.2℃ of this warming has already occurred; on current policies, the world is on track for a 3℃ temperature rise.

I feel guilty when discussing this situation with young scientists. I worry that my legacy is such that they will spend their professional lives studying and documenting the terminal decline of coral reefs.

I feel the same sense of guilt towards my 19-year-old grandson, who is in his first year of university studying mathematics. The outlook is grim, not just for coral reefs but for society in general.

My life’s work, spent mostly outside, has taken a toll on my health. I’ve had several skin cancers excised over the past 25 years and in recent years have undergone major skin cancer surgery. I have recovered well and still come to James Cook University every day. But the combination of ill-health, coupled with political inaction over the dire state of the environment, only compounds a feeling that I can’t really make a difference anymore.

But on a more positive note, the Great Barrier Reef is more than just coral. It includes a wonderful array of seagrass, dugongs, turtles, fish, dolphins, birds, and whales - and this is not a complete list.

Many of these species are also in decline. But good water quality management will, for example, help encourage the growth of seagrass on which dugongs and green turtles rely for food. The overall picture may be grim, but there are small spots of hope. 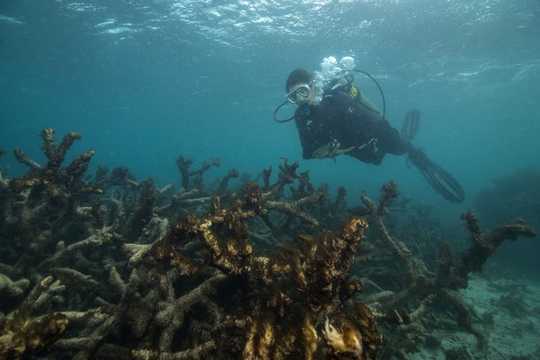 A researcher surveys the aftermath of coral bleaching at Lizard Island on the Great Barrier Reef in 2016. XL CATLIN SEAVIEW

I spent last weekend on Magnetic Island, just a short ferry ride from my Townsville home. With great joy I sat with our infant under a beach tent and watched my older son happily snorkel among the corals and fish.

The intergenerational inequalities posed by climate change have become all the more real since I became a mum. The reef my son swam over is fundamentally different from reefs that existed when my parents were children, and they are continuing to change.

As the wet season approaches, my anxiety, and that of my colleagues, increases at the prospect of another extreme marine heatwave. Two consecutive summers of coral bleaching in 2016 and 2017 severely damaged two-thirds of the Great Barrier Reef. Some researchers who bore witness to these events experienced “ecological grief”: a profound sense of loss at the environmental harm that global warming brings. 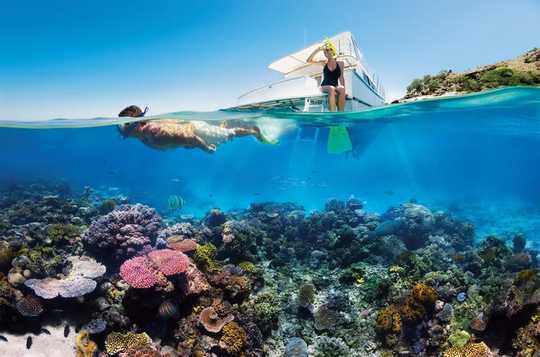 Damage to the Great Barrier Reef threatens the region’s economy, including the fishing and tourism industries. AAP

Extreme weather events associated with climate change jeopardise the tourism and fishing industries, and coastal infrastructure that underpin the region’s economy. Insurance premiums are already higher in northern Australia than in the rest of the country, and some places may one day become uninsurable.

However, my children were born in a wealthy country that is likely to withstand and recover from climate impacts that affect their basic needs. This privilege is not shared by the majority of reef-dependent coastal communities in the world’s tropics.

I come from a family of healthcare professionals, but felt a career in environmental science offered the potential to make a broader impact. The state of the planet and human health and well-being are inextricably linked.

I continue to be motivated by my research on the Great Barrier Reef. But I am deeply concerned about rising mistrust in the scientific process, despite unequivocal evidence of the reef’s decline and the impacts of climate change. It is particularly distressing when members of the federal government undermine the science that informs their own policies - including North Queensland politicians advocating for a national watchdog to verify scientific papers. 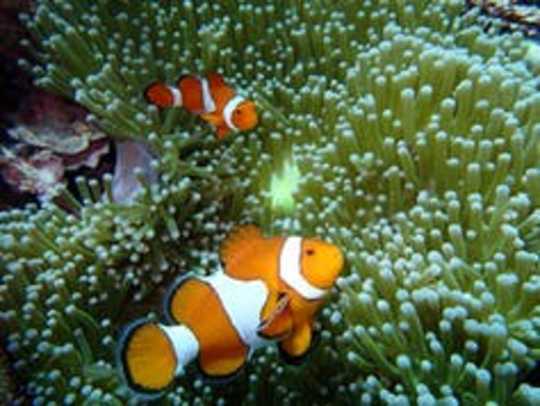 If our political leaders want to support community adaptation and resilience to climate change, they should build, rather than erode, public trust in the evidence that underpins reef management and policy. 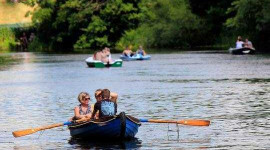 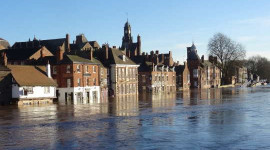 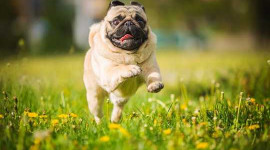 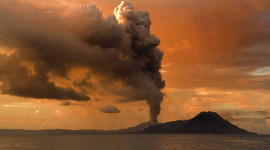 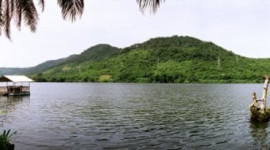 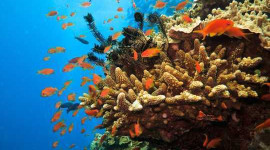 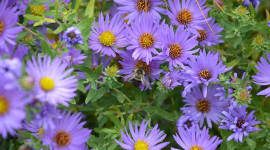 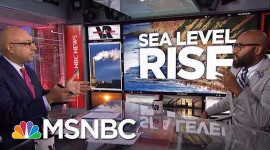