How Urban Bee Keepers Can Help Save Wild Bees 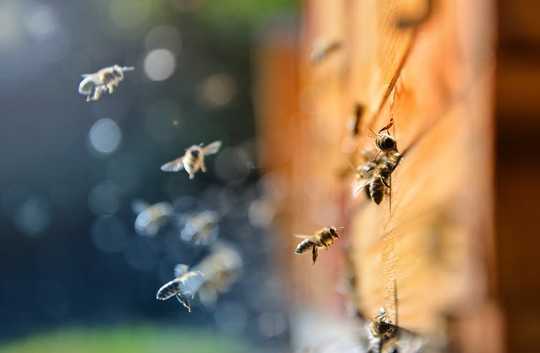 With reports of declining insect populations worldwide, or what George Monbiot calls an “insectageddon,” there is growing concern about the health of pollinators. This in turn has led to increasing interest in urban beekeeping, pollinator gardening and urban bee advocacy.

Yet there is also a growing backlash against urban honey bees. Some native bee advocates argue that in North America, honey bees, which were brought to the Americas by European colonialists, belong in the monocultured fields of industrial agriculture, where they are critical for crop pollination, not cities.

Some entomologists and native bee advocates are concerned that when managed honey bees and wild bees compete for sources of nectar and pollen, the wild bees lose.

Scientists studying the effects of managed bees on wild bees have seen mixed results. A recent analysis revealed that 10 of 19 experimental studies showed some evidence of competition between honey bees and wild bees, mostly in natural areas near agricultural fields. 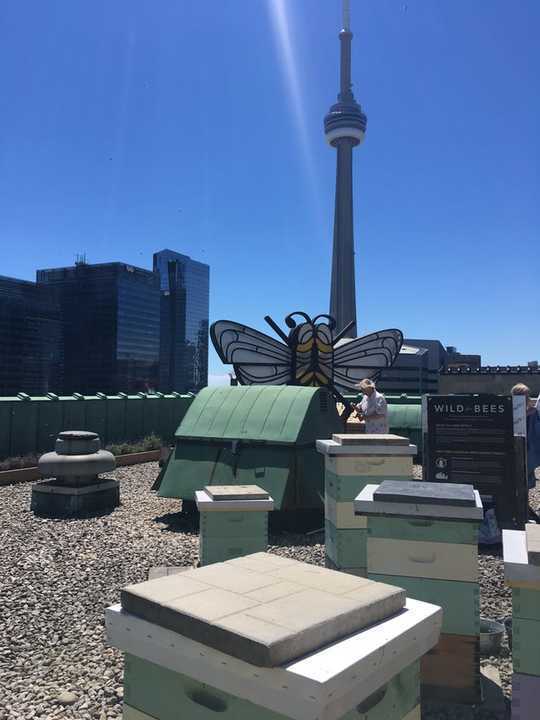 Honey bee hives on top of the Fairmont Royal York in Toronto. These hives are maintained by the Toronto Urban Beekeepers Collective. Rebecca Ellis

Most of these studies focus on naturalized landscapes in rural areas. Yet some native bee advocates promote the precautionary principle — the idea that if something is reasonably thought to cause harm, then it should be avoided. They argue that urban beekeeping shouldn’t be allowed.

Native bee advocates rightly call honey bees livestock animals. But the argument that follows — that their health is therefore not a conservation issue — is misguided.

The health of livestock animals, especially those that forage in the landscape, and the health of wild animals are deeply intertwined. Honey bees are deeply embedded in capitalist-industrial food systems, which leaves them extremely vulnerable. 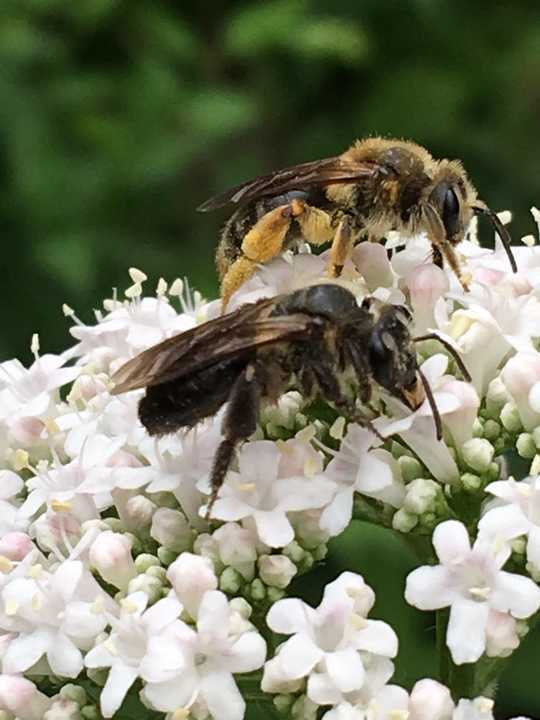 Honey bee numbers are not in decline because humans artificially breed them, rapidly replacing lost colonies. But honey bees are subject to a toxic soup of chemicals containing insecticides, fungicides and herbicides.

Like wild bees, honey bees also suffer nutrient deficiencies within the monocultured landscapes of industrial agriculture, and their forced movement across landscapes to provide pollination services subjects them to stress. This has led honey bees to become infected with and spread numerous pathogens to vulnerable wild bee populations. The biggest concern is that viruses spread by the Varroa mite, which is endemic to honey bees, may spread to wild bees.

Commercial beekeeping practices mimic many of the practices associated with other intensively farmed animals of industrial agriculture. Queen bees are artificially inseminated, potentially narrowing genetic diversity. Honey bees are fed highly processed sugar syrup and pollen patties, often derived from the corn and soy that dominates much of the North American rural landscape. They are treated with miticides to manage the Varroa mite and are given prophylactic antibiotics.

Studies show that honey bees as well as some wild species flourish in cities. In urban landscapes all bees are less exposed to pesticides than they are on agricultural fields and encounter a wider diversity of nectar and pollen.

Urban beekeeping, which is largely a hobby, is not embedded within industrial agriculture, potentially allowing for more bee-centred practices. For example, hobbyist beekeepers could allow queens to mate naturally, use organic methods to deal with mites and allow bees to consume their own honey. Although voluntary surveys indicate that hobbyist beekeepers have higher colony losses than commercial beekeepers, this can change with appropriate support and education and may reflect more of a willingness to report losses. 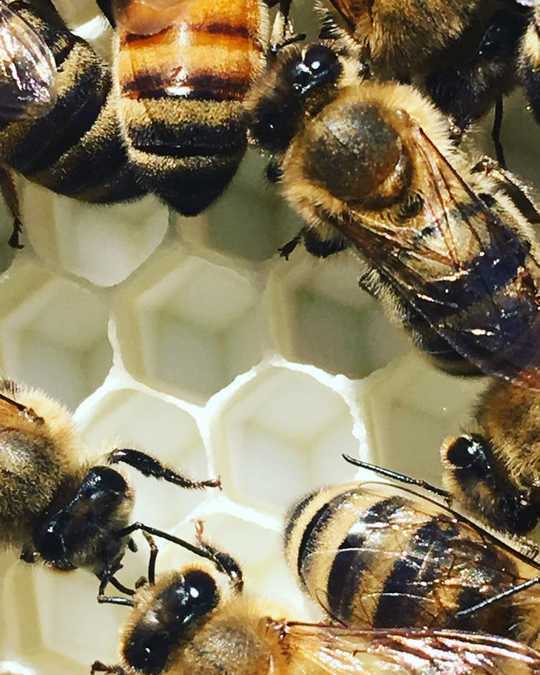 Urban honey bees are not currently needed for pollination in cities, but they are useful for the development of an ethical local food system. Honey from urban bees can provide a locally sourced, environmentally friendly sweetener, compared to sugar cane and sugar beets.

Urban beekeepers should be trained in native bee stewardship and pollinator gardening to help fight the decline of native bees. A friendly alliance between urban honey beekeepers and native bee advocates can also influence the practices of beekeepers, ensuring that they monitor their colonies for pests and pathogens and encouraging respect for wild bees in location selection. 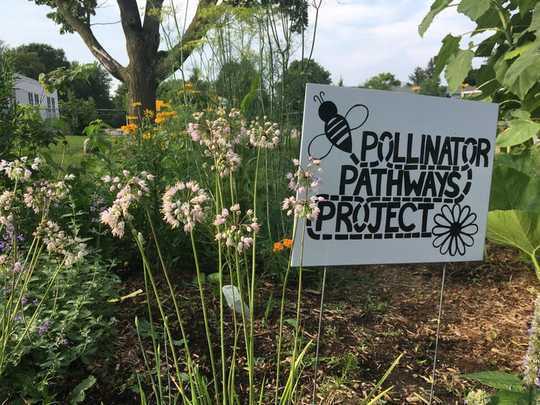 A native pollinator garden at a school in London, Ont., planted by the author. Rebecca Ellis

Some native bee advocates seem to view the harmful effects of industrial agriculture on wild bees as a wicked problem too large and complex to solve, so they focus on potential threats, like urban honey bees, that can be controlled.

Agrochemical corporations, in particular, have proven to be an extremely powerful foe, wielding influence in government bodies, but their power is not unstoppable. My research suggests that an alliance between beekeepers, small-scale farmers and environmentalists can help several species flourish at once. In cities, hobbyist beekeepers, native bee advocates and gardeners can form a similar bond by creating spaces of re-wilding while also increasing urban agriculture.

Instead of viewing wild and managed bees as being in competition, maybe we can view them as partners in producing landscapes of abundance.

Buzz: Urban Beekeeping and the Power of the Bee


Beekeeping for Beginners: How To Raise Your First Bee Colonies


Get Started in Urban Beekeeping (Teach Yourself)