Pure Altruism – The Connection That Explains Why We Help Strangers 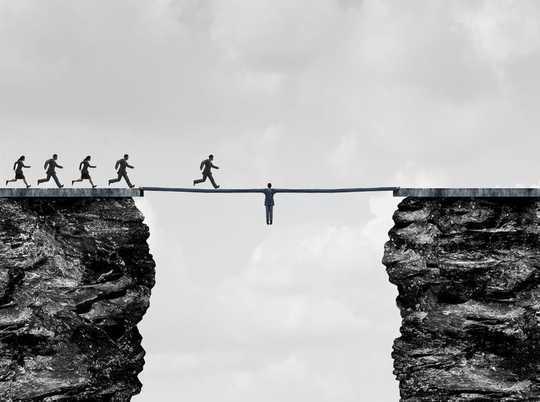 On May 22 2017, my home city of Manchester suffered a terrorist attack. Waiting in the arena foyer after an Ariana Grande concert, a young man detonated a bomb strapped to his chest, killing 22 people and injuring several hundred. But in the midst of the senseless savagery of the attack, there were many stories of heroism and selflessness.

An off-duty doctor who was walking away from the venue ran back into the foyer to help the victims. A woman who saw crowds of confused and frightened teenagers guided around 50 of them to the safety of a nearby hotel where she shared her phone number on social media so that parents could come and pick their children up.

Taxi drivers across the city switched off their meters and took concert-goers and other members of the public home. As one paramedic at the scene commented: “There was an unbelievable amount of people doing what they could to help … I saw people pulling together in a way I have never seen before.”

He added: “The thing I will remember more than any other is the humanity that was on display. People were catching each other’s eye, asking if they were okay, touching shoulders, looking out for one another.”

Such acts of altruism are almost always a feature of emergency situations. In a London street in 2015, a cyclist was trapped under the wheel of a double decker bus. A crowd of around 100 people gathered together, and in an amazing act of coordinated altruism, lifted the bus so that the man could be freed.

The question of why human beings are sometimes prepared to risk their own lives to save others has puzzled philosophers and scientists for centuries. According to the modern Neo-Darwinian view, human beings are basically selfish, the “carriers” of thousands of genes, whose only aim is to survive and replicate themselves.

Under this view, it makes sense to help people who are closely related to us genetically, such as family members or distant cousins, because what may seem like self-sacrifice actually benefits our gene pool. But what about when we help people to whom we are not closely genetically related, or even animals?

A variety of different explanations to account for this have been put forward. One suggests that perhaps there is no such thing as “pure” altruism at all. When we help strangers (or animals), there must always be some level of benefit to ourselves, such as making us feel good about ourselves, or gaining the respect of others.

Or perhaps altruism is an investment strategy: we do good deeds to others in the hope that they will return the favour (known as [reciprocal altruism]. It could even be a way of demonstrating our resources, showing how wealthy or able we are, so that we become more attractive and enhance our reproductive possibilities.

I don’t doubt that these reasons apply sometimes. Many acts of kindness may be primarily (or just partially) motivated by self-interest. But is it naive to suggest that “pure” altruism can exist as well? That in the very moment when an altruistic act takes place, our motivation is purely to alleviate another person’s suffering?

In my view, pure altruism is rooted in empathy. Empathy is sometimes described as the ability to see things from another person’s perspective. But in its deepest sense, empathy is the ability to feel, not just to imagine, what others are experiencing. It is the ability to actually enter the mind space of another person (or being) so that you can sense their feelings and emotions. In this way, empathy can be seen as the source of compassion and altruism.

Empathy creates a connection that enables us to feel compassion. We can sense the suffering of others and this gives rise to to an impulse to alleviate their suffering, which in turn gives rise to altruistic acts. Because we can feel with other people, we are motivated to help them when they are in need. 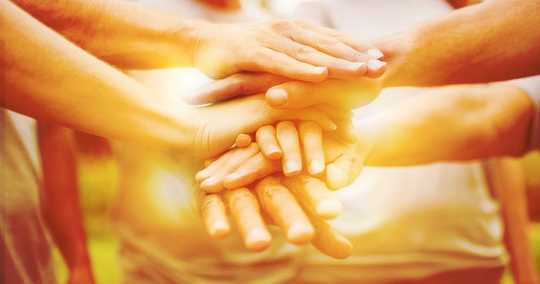 As I suggest in my book, Spiritual Science, it is wrong to think of human beings as completely separate entities, made up of selfish genes that are only concerned with their own survival and replication. The capacity for empathy suggests a deep interconnection between us.

In the words of the German philosopher Arthur Schopenhauer:

My own true inner being actually exists in every living creature …[This] is the ground of compassion … and whose expression is in every good deed.

In other words, there is no need to make excuses for altruism. Instead, we should celebrate it as a transcendence of seeming separateness. Rather than being unnatural, altruism is an expression of our most fundamental nature – connection.