How Fake News Gets Into Our Minds, And What You Can Do To Resist It 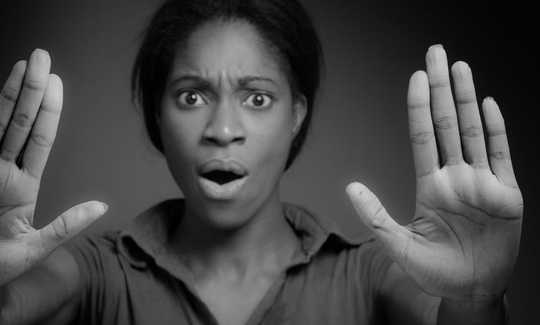 Your memory can play tricks with you so best not to let fake news get through in the first place. Shutterstock/shipfactory

Although the term itself is not new, fake news presents a growing threat for societies across the world.

Only a small amount of fake news is needed to disrupt a conversation, and at extremes it can have an impact on democratic processes, including elections.

But what can we do to avoid fake news, at a time when we could be waiting a while for mainstream media and social networks to step up and address the problem?

From a psychology perspective, an important step in tackling fake news is to understand why it gets into our mind. We can do this by examining how memory works and how memories become distorted.

Using this viewpoint generates some tips you can use to work out whether you’re reading or sharing fake news – which might be handy in the coming election period.

How memory gets distorted at the source

Fake news often relies on misattribution – instances in which we can retrieve things from memory but can’t remember their source.

Misattribution is one of the reasons advertising is so effective. We see a product and feel a pleasant sense of familiarity because we’ve encountered it before, but fail to remember that the source of the memory was an ad.

One study examined headlines from fake news published during the 2016 US Presidential Election.

The researchers found even one presentation of a headline (such as “Donald Trump Sent His Own Plane to Transport 200 Stranded Marines”, based on claims shown to be false) was enough to increase belief in its content. This effect persisted for at least a week, was still found when headlines were accompanied by a factcheck warning, and even when participants suspected it might be false.

Repeated exposure can increase the sense that misinformation is true. Repetition creates the perception of group consensus that can result in collective misremembering, a phenomenon called the Mandela Effect.

It might be harmless when people collectively misremember something fun, such as a childhood cartoon (did the Queen in Disney’s Snow White really NOT say “Mirror, mirror…”?). But it has serious consequences when a false sense of group consensus contributes to rising outbreaks of measles.

Scientists have investigated whether targeted misinformation can promote healthy behaviour. Dubbed false-memory diets, it is said that false memories of food experiences can encourage people to avoid fatty foods, alcohol and even convince them to love asparagus.

Creative people that have a strong ability to associate different words are especially susceptible to false memories. Some people might be more vulnerable than others to believe fake news, but everyone is at risk.

How bias can reinforce fake news

Bias is how our feelings and worldview affect the encoding and retrieval of memory. We might like to think of our memory as an archivist that carefully preserves events, but sometimes it’s more like a storyteller. Memories are shaped by our beliefs and can function to maintain a consistent narrative rather than an accurate record.

An example of this is selective exposure, our tendency to seek information that reinforces our pre-existing beliefs and to avoid information that brings those beliefs into question. This effect is supported by evidence that television news audiences are overwhelmingly partisan and exist in their own echo chambers.

It was thought that online communities exhibit the same behaviour, contributing to the spread of fake news, but this appears to be a myth. Political news sites are often populated by people with diverse ideological backgrounds and echo chambers are more likely to exist in real life than online.

Our brains are wired to assume things we believe originated from a credible source. But are we more inclined to remember information that reinforces our beliefs? This is probably not the case.

People who hold strong beliefs remember things that are relevant to their beliefs but they remember opposing information too. This happens because people are motivated to defend their beliefs against opposing views.

Belief echoes are a related phenomenon that highlight the difficulty of correcting misinformation. Fake news is often designed to be attention-grabbing.

It can continue to shape people’s attitudes after it has been discredited because it produces a vivid emotional reaction and builds on our existing narratives.

Corrections have a much smaller emotional impact, especially if they require policy details, so should be designed to satisfy a similar narrative urge to be effective.

The way our memory works means it might be impossible to resist fake news completely.

But one approach is to start thinking like a scientist. This involves adopting a questioning attitude that is motivated by curiosity, and being aware of personal bias.

For fake news, this might involve asking ourselves the following questions:

Some people tend to be more susceptible to fake news because they are more accepting of weak claims.

But we can strive to be more reflective in our open-mindedness by paying attention to the source of information, and questioning our own knowledge if and when we are unable to remember the context of our memories.