Combining traditional knowledge with modern science and technology could reduce loss of property and human life from out-of-control blazes.

Australia is a continent of flammable landscapes, filled with species adapted to fire. They are meant to burn. But they are not meant to burn like they have been lately.

Each year, huge fires in Australia’s center and north devour all plant and animal life that comes before them. As is the case with wildfires around the globe, the ferocity of Australia’s wildfires is being fueled by climate change. But these fires’ sheer scale actually reflects the loss of another type of fire in the landscape: the careful and consistent burning by Indigenous Australians.

“[Fire] is the one force in the landscape that we have a degree of choice over,” says Gareth Catt, regional fire management officer for the 10 Deserts Project, the largest network of indigenous protected areas in the world. The project brings together Indigenous organizations and local and international conservation agencies to coordinate the management of fire, invasive weeds and feral animals over the 10 desert regions that span a third of Australia’s landmass.

“If we can draw on traditional knowledge [and] science and combine that with contemporary [fire] practice, we can have a really positive effect on broad areas of the landscape, which are otherwise being completely neglected,” Catt says.

The 10 Deserts Project is part of a growing movement in Australia that seeks to bring Indigenous communities back to the center of fire management on their traditional lands.

The rekindling of traditional fire practice is not just happening in the remote landscapes of the center and north of Australia. In the more populated and rural states in the south and east, Indigenous communities are coming together to revive their traditional fire knowledge, despite generations of their ancestors being prevented from practicing it.

Not just in Australia but around the world, indigenous people want to make sure that land burns the right way. And nonindigenous fire management practitioners are slowly warming to the idea.

Ten years of fire management by Wunambal Gaambera rangers, known as Uunguu Rangers, has broken the cycle of wildfires on the traditional lands of the Wunambal Gaambera people in the savanna ecosystems at the tip of northwestern Australia.

“We use the right way fire; we’re following our old people, our ancestors,” says Neil Waina, Uunguu (living home) head ranger for Wunambal Gaambera Aboriginal Corporation. “They used to walk the land, burn at the right time, so there wasn’t any wildfires.”

“Right way” burning is governed by traditional protocols of seeking the permission of individual families to light fires on their graa (traditional area). A family member also must be present when the fire is lit. 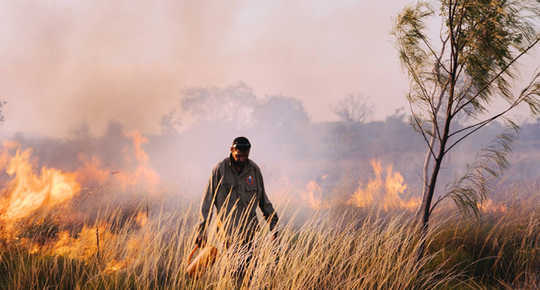 “Right way” burning is done in the cooler months of the early dry season and is meant to reduce the impact of wildfires that come later in the season by creating natural firebreaks. Photo courtesy of Wunambal Gaambera Aboriginal Corporation/Russell Ord

Uunguu Rangers burn in the cooler months of the early dry season using a “two-way” approach that blends traditional fire knowledge with contemporary techniques such as satellite mapping. Aerial burning is done from helicopters or planes, and ground burning is done along road and track networks. The rangers also undertake a five-day “fire walk” in places that aren’t accessible by road.

Before the program started, single wildfires would burn for months over hundreds of thousands of hectares in the region. While wildfires still happen, they burn over much smaller areas before they meet the natural firebreak created by the early-season burns. 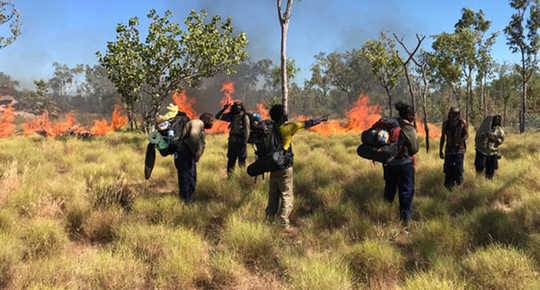 The “Right Way Fire” program is one of 23 Indigenous savanna-burning projects funded under the Emissions Reduction Fund of the Australian Government’s Clean Energy Regulator. The cooler, early dry-season fires release less methane and nitrous oxide than late dry-season fires, and an approved method specific to savanna ecosystems is used to calculate the emission reductions achieved.

The method is garnering international interest for other places dealing with the threat of uncontrolled wildfires. The Australian government is funding a trial of the savanna-burning model in a series of sites in Botswana, and projects based on Indigenous fire management in Australia’s savanna are being piloted in Brazil’s Cerrado. The Tsilhqot’in Nation of British Columbia, Canada, is adapting the Australian model to develop a carbon accounting methodology appropriate to the forest ecosystems of the Dasiqox Tribal Park as a means to fund early-season fire management.

The savanna-burning model is not without its critics, who express concern that the focus on early-season burning, as well as the use of aerial burning, risks losing both the cultural and conservation outcomes that are achieved through the nuanced and often constant use of fire by indigenous people. 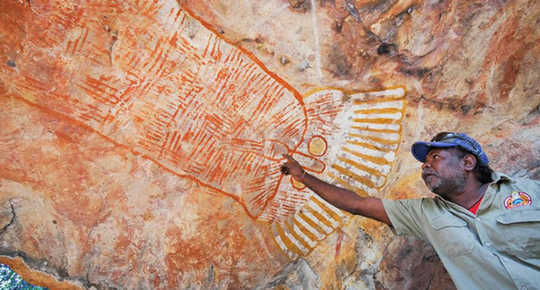 Preventing wildfires is only one reason Indigenous Australians burn the land. Another reason is to protect sites of cultural significance. Photo courtesy of Wunambal Gaambera Aboriginal Corporation/Russell Ord

Preventing wildfires is only one of the myriad reasons indigenous people burn land. Some use fire to promote the growth of plant foods, to maintain access to water supplies, to protect sites of cultural significance and to protect themselves from dangerous animals. For some indigenous groups, burning fulfills a philosophical requirement to “clean” the land.

The key to achieving the cultural goals of indigenous people is to make sure they are equal partners in the development of fire management programs, says Jay Mistry, professor of environmental geography at Royal Holloway, University of London.

A shared understanding of contemporary and traditional fire knowledge can then give rise to a form of fire governance that incorporates the tools of both.

In Venezuela, Mistry is working with indigenous Pemón; university researchers; and resource managers from INPARQUES (The National Institute of Parks) to develop new approaches to fire management in the country’s Canaima National Park.

It’s taken over a decade of “slow but steady effort,” says Mistry, but INPARQUES plans to establish firefighting brigades that use both traditional and contemporary knowledge. 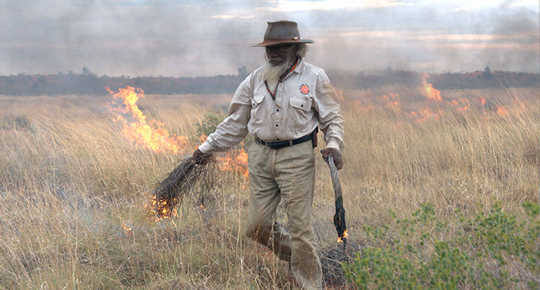 In the Great Western Woodlands in southwestern Australia, a similar frustration at being unable to practice cultural burning led Les Schultz, chairperson of Ngadju Conservation Aboriginal Corporation, to instigate the Ngadju Kala (Fire) Project with Suzanne Prober, a vegetation ecologist with CSIRO, an independent federal agency in Australia focused on scientific research.

“Our woodland was slowly being destroyed through wildfire. We had to think of something, and that’s where our partnership with CSIRO kicked in,” says Schultz.

The Ngadju people have native title over 102,000 square kilometers (39,000 square miles) of the Great Western Woodlands, but responsibility for fire prevention and suppression on their traditional lands lies with three state and local government agencies. The Ngadju fear being charged with arson if they conduct cultural burning.

The Ngadju chose to share their knowledge in group workshops. Like the Pemón experience in Venezuela, they included members of the Western Australian Department of Fire and Emergency Services (DFES), a state agency, and so created a relationship that eventually led to the formation of the Ngadju Dundas Rural Bush Fire Brigade. This gives Ngadju fire crews license to help DFES fight wildfires. Reaching an agreement that would allow the Ngadju to use cultural burns to help prevent wildfires in the woodlands has proven more complicated. Schultz says they are “trying to wrestle this demon” by negotiating a memorandum of understanding that will allow them to pursue cultural burning on the government-owned lands over which their native title falls.

“[The fire problem] is all loaded up with policy and legislation,” he says. “In the meantime, the bushland burns.”

The role that cultural burning can play in stemming wildfires is also gaining recognition in rural southeastern Australia, as Indigenous communities prohibited from using their traditional fire practices since the earliest days of European settlement work to rebuild their fire knowledge.

“The key to Indigenous fire is reading country,” says Indigenous fire practitioner Victor Steffensen. He works with communities to regain their fire knowledge through the practice of lighting, observing and tending fire on their traditional lands.

Steffensen first draws upon the knowledge and stories of local elders. He then discusses with the community what principles might be adopted from other landscapes. They consider the types of trees, their bark type and flammability, the size and density of native grasses, and soil type. They discuss the right time that each vegetation type should be burned.

These community-led approaches have fostered initiatives such as the National Indigenous Fire Workshop and the Firesticks Alliance, which promote the value of cultural burning and foster partnerships with state fire agencies and local fire services.

The Australian state of Victoria has developed a cultural burning strategy, and over the next two years Dja Dja Wurrung Clans Aboriginal Corporation and the state agency Forest Fire Management Victoria will undertake 27 cultural burns. Cultural burning programs are also underway in rural areas of New South Wales and in the Australian Capital Territory.

Steffensen says he is “a hundred percent positive” that traditional fire practices can help prevent wildfire disasters in a hotter and drier future.

“Climate change means we need to get out there and we need to look after the country and prepare it,” he says. “The country has had people looking after [it] this way for a long time.”

Viki Cramer is a freelance science writer who covers ecology, conservation and the environment. She is a Ph.D.-trained ecologist who spent more than a decade, in a field or forest somewhere, doing the kind of research she now writes about. She lives in Perth, Western Australia. 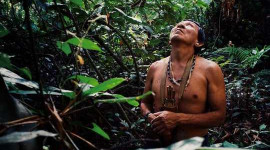 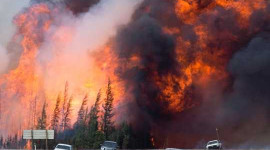 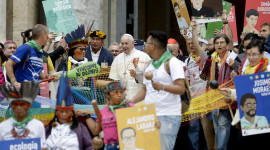 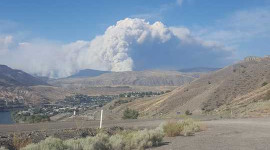 How Will Canada Manage Its Wildfires In The Future? 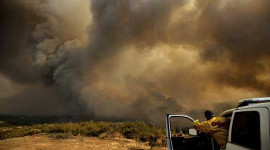 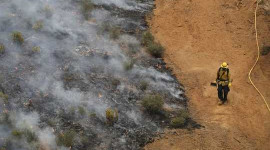 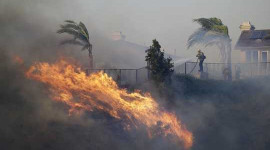 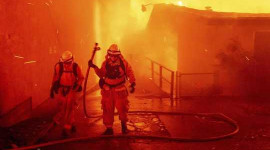